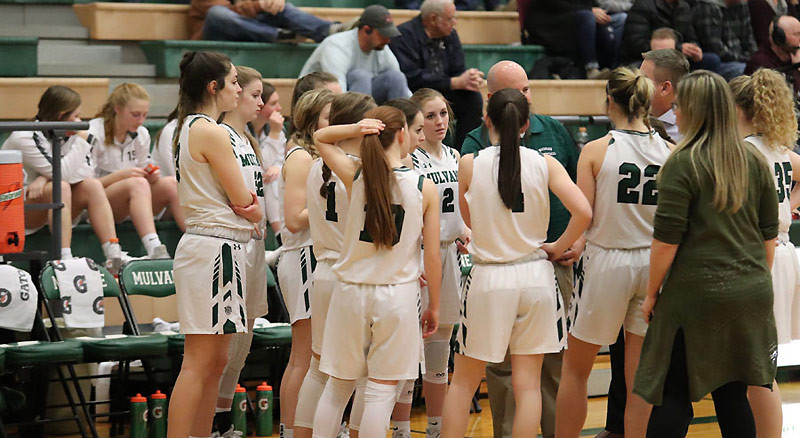 The Mulvane girls basketball hosted the Andale Indians in league matchup on Tuesday, February 11th at Mulvane High School. The Cats struggled against the Indian's defense all evening as Andale swept the Wildcats in all three games. 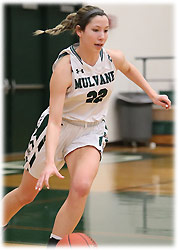 The first quarter was not kind to the Wildcats as they found themselves down 5-19 to the Indians. The second quarter did not fare much better as the Wildcats went into halftime down 11-33. The second half was much more even as the Cats won the third quarter 9-8 and lost the fourth quarter 6-7 for a final score of 26-48.

Kaitlyn Klein led the Wildcats with 5 points while Katie Kanaga and Haley Shaw both dropped in 4 points each. Kamryn Nolan finished with 3 points and Carson White, Caylee Davis, Amber Hansen, Campbell Williams, and Jadyn Stevenson all finished with 2 points each. Rebounds were evenly spread out as Klein, Shaw, White, and Davis all lead the team with 3 rebounds each. 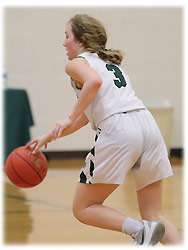 The JV girls could only muster up 6 points in the first half to the Indian's 28 points. The Cats struggled against the Indian's defense in the second half as well and fell to Andale 12-49. Karlie Kanaga and Jadyn Stevenson led the JV team with 4 points each. Emma Kendrick and Olivia Lampe both finished with 2 points each.

The C-team girls had trouble with the Indian's defense as well and found themselves down 8-30 at halftime. The Wildcats only scored 3 points in the second half and they fell 11-55 to the Indians. Gabby Bauerle led the Cats with 4 points, Emma Kendrick finished with 3 points, Tenley Canfield and Bennett Cottrell both finished with 2 points.

The Wildcats will travel to Collegiate tomorrow for a league matchup with the Spartans.