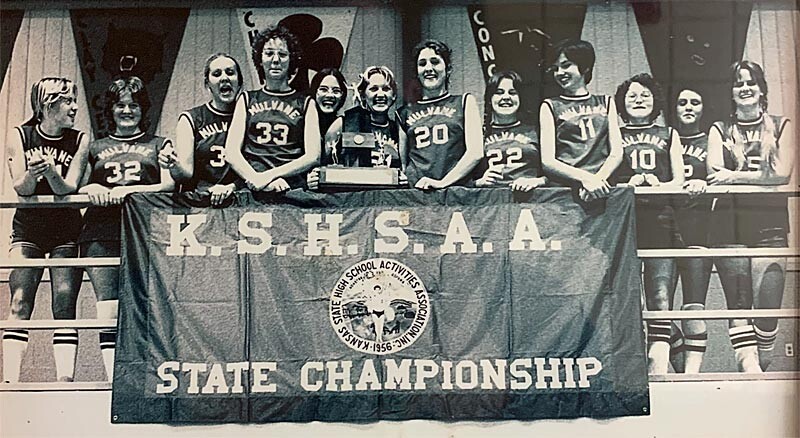 The year was 1975. The Mulvane Wildcats volleyball team was in their second year of existence and Coach Nancy Winter already had a formula for success. In 1974, the Mulvane High School switched from girls tennis to girls volleyball and in their first season, they went 4-2 and took 3rd place in the regional tournament that season. The next year, the girls took season by storm, going 16-1. After an almost perfect regular season, they won the regional tournament by defeating Kapaun-Mt. Carmel, Andover, and Goddard and headed to the Class 3A State Tournament.

Below was a quote from Coach Nancy Winter in the 1975-76 yearbook: 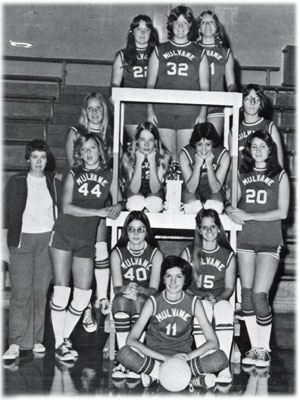 The 1975 volleyball team is the second team in our school history to become a state champion. It is the goal of every coach and athlete to be number one at the end of the season. It is a dream few realize.

The ingredients of a championship team are hard to define. Words such as skill, desire, and intelligence must be included. The one most important item may be teamwork, the ability of everyone to work for the overall good of the team.

Champions, this is a work which defines this group of young people very well.

Congratulations on a job well done! 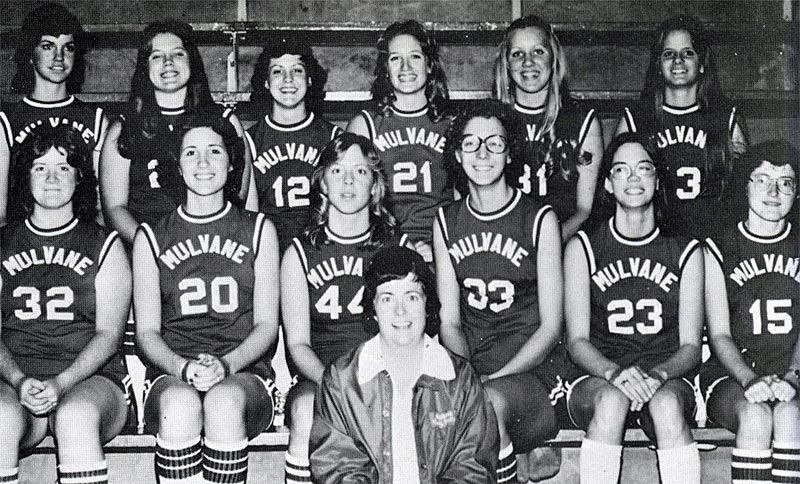 Note: Coach Nancy Winter went on to coach Mulvane Volleyball until 1989-90 when Connie Humphries took over the head coaching duties. Nancy stayed on as assistant coach until after the 1995-96 season. Coach Winter's record at Mulvane over her 16 seasons as head coach was 180-199.