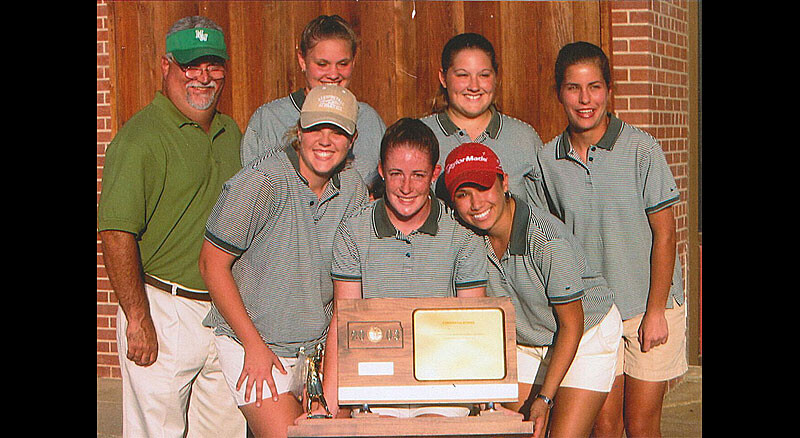 The Mulvane Girls Golf program was started in 1998, and it only took 6 years for the Wildcats to bring home a state championship. The team qualified for the 4A-1A State Tournament and finished 5th place in the 2002 season. The Wildcats finished behind Andover in the regional tournament to qualify for state in the 2003 season. The girls marched into the 2003 State tournament and surprised the entire field, including themselves.

Senior Rachel Locke, who was making her 3rd appearance at the State tournament, was Mulvane's medalist with a round of 83, which was good for a 10th place medal. "We've come a long way," Locke said of the team's improvement over her 4 years on the team. "I thought we would get in the top 3."

Senior Rachel Reed had the best round of her career, she shot more than 18 strokes better than her previous best score. "It's been the greatest thing ever," Reed said. "My only goal was to get under 100 - my errors were very few today."

"All the girls just kept their ball in play," said Coach Paul Howe. "To get three girls hitting their career-best scores at state is simply pretty amazing. Rachael hit almost all the fairways and greens in regulation and I think the rest of the girls just followed her cue." 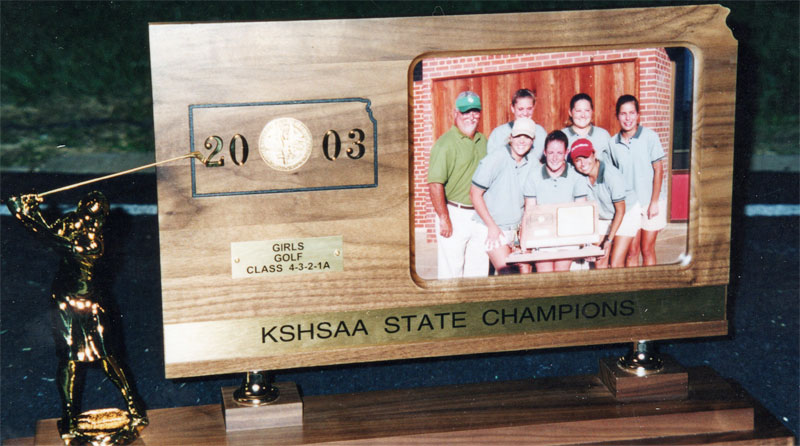