Women's Basketball / A Clean Sweep of Clearwater for Mulvane 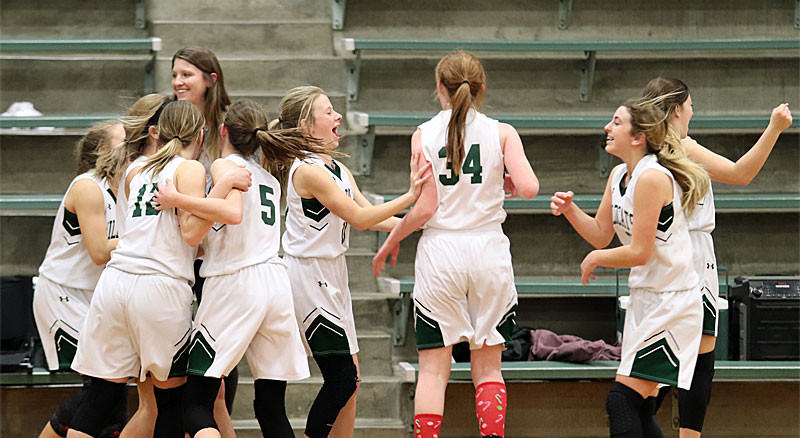 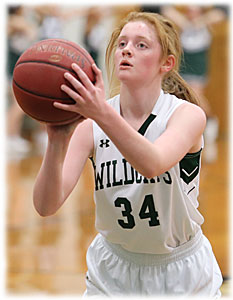 The 8th grade A girls game was a tough and exciting game that came down to the wire but the Wildcats had a great 4th quarter only allowing 2 points from the Indians, with a final score of 27-23. The Cats had to focus on stopping Clearwater's Tjaden who finished with 19 of their 23 points, but the Cats shut her down in the 4th quarter only allowing 2 points from her. Madison Shaw and Teagan Garrison lead the cats with 11 and 9 points respectively. Courtney Cross finished with 5 points and Ashley Young finished with 2 points.

The 8th grade B girls had their biggest game of the season scoring 42 points and their defense held the Indians to only 12 points. The Cats went into halftime with a 20-1 lead and they tacked on 22 more points in the 2nd half. Madison Phipps and Justice Blake lead the Cats with 12 points each, Kasey Dillon finished with 6 points and Madison Dunbar finished with 4 points. India Downs, Miranda Clark, Katelynn Murray, and Ashlyn Alumbaugh all finished with 2 points each. 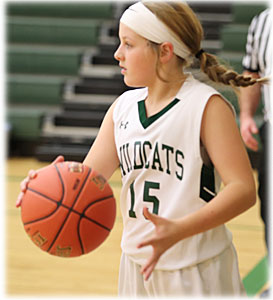 In the 7A game "Kaylee Hampton (#20) scored 23 points against us earlier in the season so we knew we needed to get the ball out of her hand and force other girls on their team to shoot the ball" said Coach Hansen. "Jade Smallwood and Kierra Cain spent the majority of the game guarding Hampton and limited her to 13 points. We had several opportunities throughout the game, but we struggled to make shots shooting 11/ 58 (19%) as a team. Madi Cunningham led the team with 8 points, Olivia Ellis scored 7, Lexi Cunningham scored 4, Makaylen Warner and Jade Smallwood finished with 2" said Hansen.

In the 7B game "slow start in the first quarter, but bounced back with a big second quarter scoring 13 points. Defensive pressure from MaKaylen Warner, Makenna Treat, and Kierra Cain allowed us to get out in run and transition. Treat led the team with 10 points, Cain scored 6, Warner added 5, and Izzy Loveless finished with 4 points" said Hansen.

The girls will host Rose Hill on Thursday for the final games of the regular season.