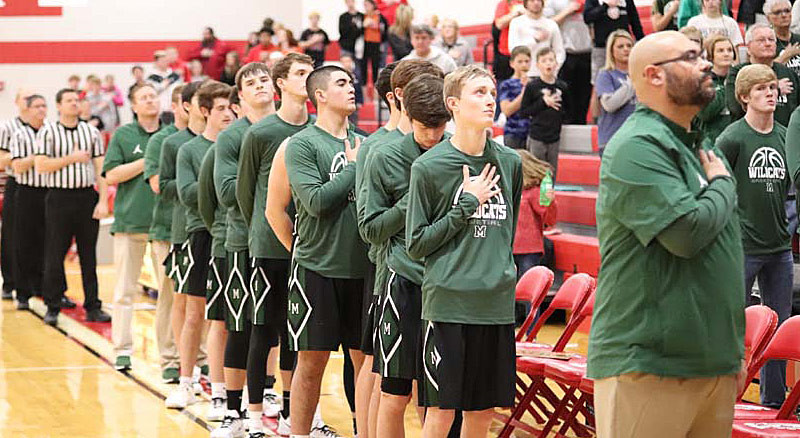 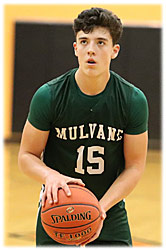 The Mulvane Boys basketball team traveled to Halstead on Tuesday, January 7th, 2020 to open the second half of the season after the winter break. A week of practice before school officially resumed did the Cats good as all three teams defeated Halstead on the evening as varsity won 57-38, JV won 59-27, and the c-team won 21-15.

The Varsity team started off pretty even with the Dragons but lead by 2 points after the first quarter with a 14-12 score. Junior Trey Abasolo scored 6 points and sophomores Mason Ellis and Ian Comer both scored 4 points in the 1st quarter. The Cats exploded in the 2nd quarter, outscoring the Dragons 23-6 to go into halftime with a 37-18 lead. 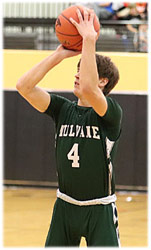 Ellis and senior Michael Manis both had a great 2nd quarter scoring 9 and 7 points respectively.

The Cats continued their game in the 3rd quarter and outscored the Dragons 14-7 with Abasolo and Comer leading the quarter with 5 and 4 points. The Dragons outscored the Cats in the 4th quarter 13-6 but the Cats were so far ahead it didn't impact the game. The Cats won with a final of 57-38.

The JV team made quick work of the Dragons as they lead them 32-14 after the first half and outscored them 27-13 in the second half for a 59-27 victory. Junior Aaron Ballinger had a monster game with 25 points and dropping in 7 3-pointers. Mason Ellis finished with 9 points, Ian Comer with 8 points, juniors Canon Smith and Trent Billingslea and sophomore Sam Westfall all finished with 5 points each. Sophomore Kelton Boster finished with 2 points.

The book from the C-team game was not available at the time of this publication, but they won 21-15.

The Wildcats will resume league play next Tuesday, January 14th as they host the Clearwater Indians.