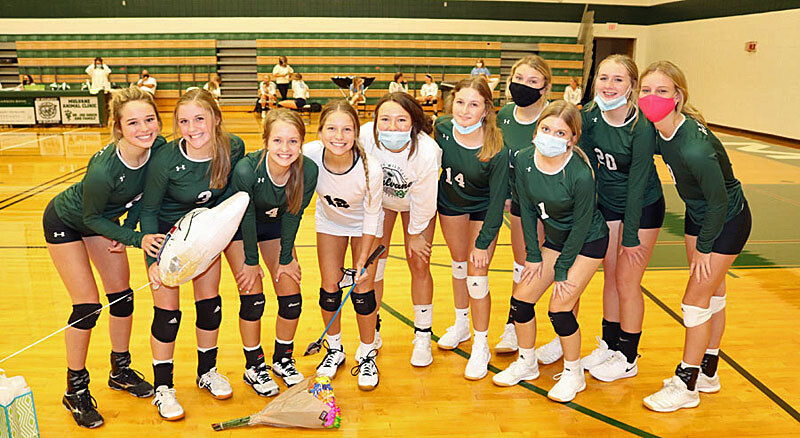 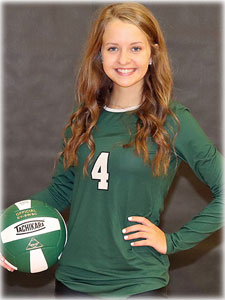 The Mulvane Volleyball Team hosted Clearwater and Wellington last Tuesday, September 1st, for the first home triangular of the season. The team honored senior Haley Chambers for the evening for senior night. Haley has been a member of the volleyball team for all 4 years and is the team's setter and outside hitter. 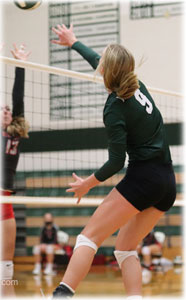 The Wildcats will travel to Augusta on Tuesday, September 8th for the Augusta Triangular with games starting at 5:00 PM.

The Wildcats kicked off the season at the Winfield tournament on Saturday, August 31st, and finished the day going 2-1 with wins over Ark City and Wellington.

"Overall, I was very pleased with how we competed on Saturday going 2-1. Easily could have been a 3-0 day, just got edged by Winfield in the 1st game of the year." said Coach Kollmeyer.

"The girls faced adversity all day long with some close games, as the scores show. We are a younger team this year with only 1 senior in Haley Chambers. The girls stepped up and competed all day, very proud of fighting back in the 3rd set against wellington to go 2-1 on the day." said Kollmeyer.

Emily Schmidt led the team with 25 kills on the day, we leaned on her a lot to get us a kill late in the games. 2 blocks, 6 aces. Karlie Kanaga had 17 kills on the day and 33 assists as a setter, Haley Chambers was 2nd on the team with 31 assists, Legend Bell had 9 Kills on the day, Landry Sanders had 7 kills and 2 blocks, Tatum Heersche (Libero) finished with 19 digs with 2 kills from the back row, Lexie Shuckman had 10 digs and 1 ace, and Makenna Reekie finished with 3 kills and 3 digs.