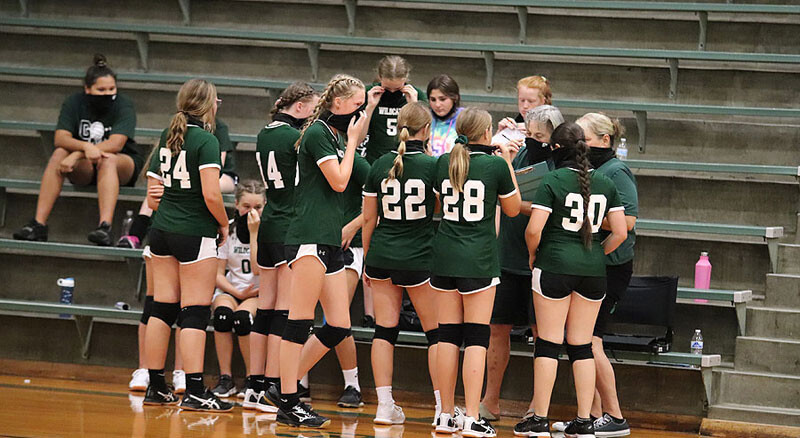 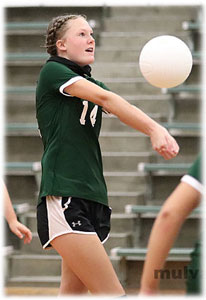 The Middle School Girls Volleyball kicked off the season hosting the Winfield Vikings on Thursday, September 3rd, and the girls were on fire as they swept the Vikings 8-0 for the evening. 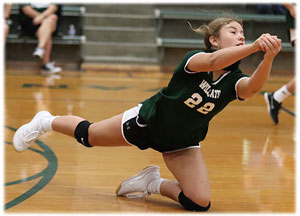 The 8th-grade A-Team started strong behind the serving of Olivia Ellis, Lexi Cunningham, and Rylee Dieker, who combined serving through 20 points and combined for 8 aces. The Cats won the first game 25-5 and the second game 25-14.

The 8th-grade B-Team made quick work of the Vikings in game 1 as Kierra Cain, Katelyn Rowley, and Sophia Vessio served all 25 points and combined for 9 aces. The Cats won the first game 25-3 and the second game 25-9.

The 7th-grade A-Team started strong with 5 straight points with Morgan Clark serving and closed out the game with Charli Richardson and Kinley Kendrick combining serving for 13 points and Clark finished the last 2 points for a 25-10 win. The Cats won the second game 25-10 as well. 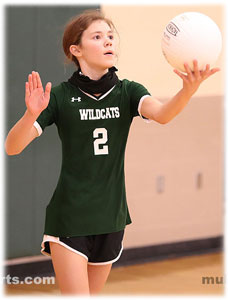 The 7th-grade B-Team started strong with 5 straight points with Jaysa Holman serving, who also closed out the game serving the final 2 points. The Cats and the Vikings traded serving several times in the first game and Gracyn Crow also served for 6 points for the Cats. The girls won the first game 25-15 and the second game 25-18.

The middle school girls hosted the Ark City Bulldogs last Thursday, September 10th and the girls again swept their opponents 4-0 for the evening. 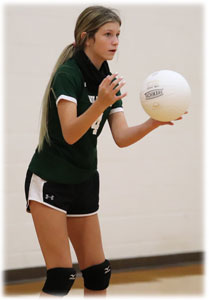 The 7th-grade A-Team started strong with 6 points with Morgan Clark and Kylie Schwanke serving and then Teagan Heersche took over the serving duties and served out the rest of the game for 19 points as the Cats won the game 25-4. The Cats held that momentum in the second game as the won 25-16. 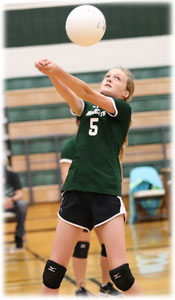 The 8th-grade B-Team defeated the Bulldogs the first game 25-14 and the second game 25-9. Katelyn Rowley served for 13 points through the 2 games, Reece Lazier served for 10 points, and Kierra Cain and Makenzie Hunt both served for 8 points in the 2 games.

The girls will travel to Haysville West Middle School on Monday, September 14th for a triangular with Haysville West and Ark City, with games starting at 5:00 PM.